– Owned by Mike and Chandee Palmer

– Fully Trained and Certified By The North American Towing Academy , and Wreckmaster

Mike has been exposed to towing equipment throughout his working life. In fact, his first job was a shop hand, sweeper and greaser, at Ferreria’s Wrecker Sales in Chelmsford, Massachusetts where he grew up. A short lived part time job that Mike had very little interest in, Little did he know that he would end up greasing tow trucks for many years to come!
Mike worked several small jobs while finishing school for Automotive Technology and becoming an ASE Certified Tech.
Shortly after moving to the family estate in Francestown NH he became bored with the repair business. Feeling trapped by the garage walls he quickly found himself back in a tow truck and worked for several companies from 97-07 including:
Matts Towing, Allied Auto Wrecking, Kents Towing, Auto City, and AAA Fleet.
Mike bought his first tow truck in 2006. With the help and influence from some good friends, a motivating father, and a wife who had many years of dispatching, accounting, and customer service experience. Yes its true, he married the AAA dispatcher.
Mikes Towing officially opened Jan. 1, 2007, in Francestown and has since become the preferred service provider for every major motor club, the areas finest repair facility’s, and five police departments.
In 2012 Mike, Chandee, and son Matthew moved just over the town line into Bennington NH, where they
have continued to grow and thrive to meet and exceed the needs and expectations of the surrounding community. 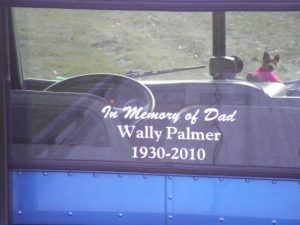 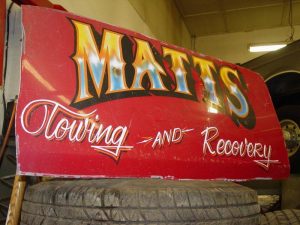 Mike – Mostly seen driving the Blue Peterbilt Ramp Truck, the Military Wrecker, Or the Creature. Spends most of his time in the shop building and maintaining trucks.

Paul – 9yr (2021) driver, Seen more often then anyone in the company,, and often mistaken as Mike. typically seen driving “Whitey” a  Blue GMC Ramp truck, but soon to be transferring into “whitey” the new body style Blue GMC Ramp truck.